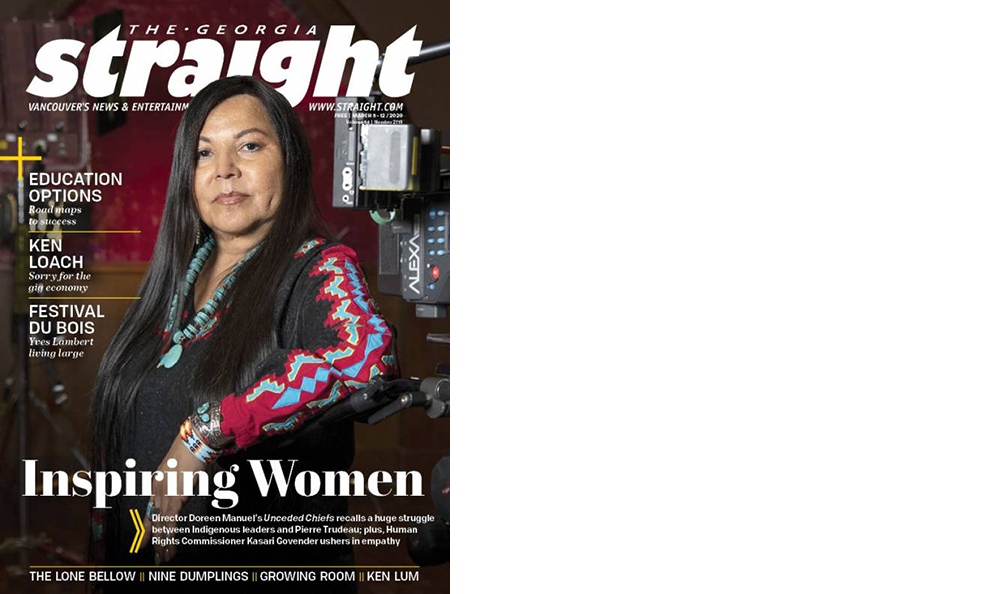 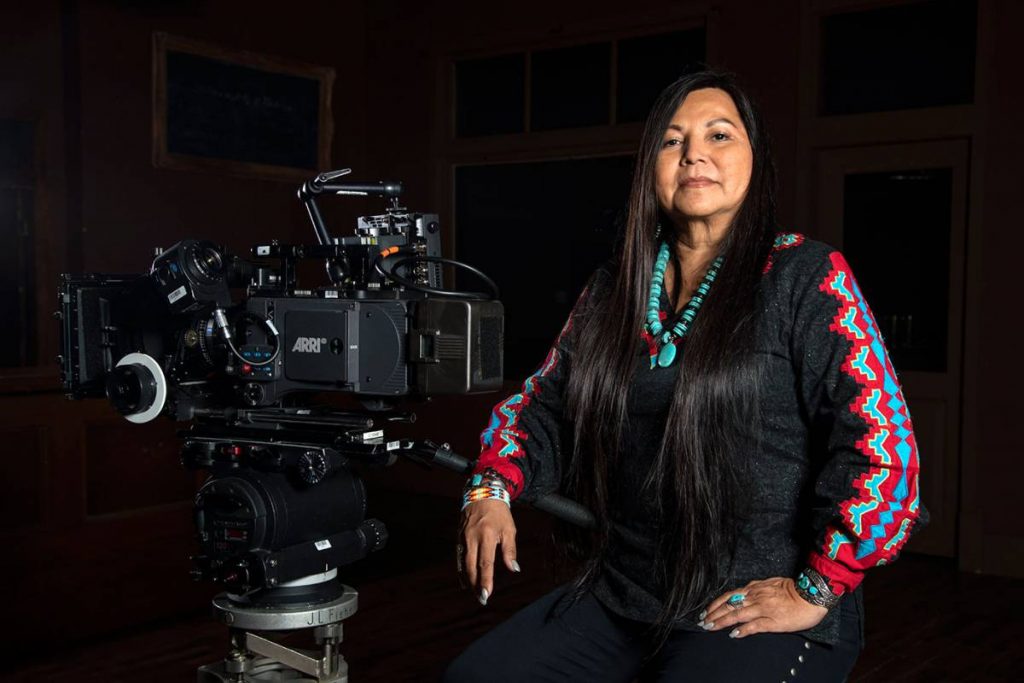 Doreen Manuel’s film reveals how her father, Chief George Manuel, and others thwarted Pierre Trudeau’s efforts to ram the assimilationist White Paper on Indigenous communities.
A person’s life can sometimes be a confounding set of paradoxes. Sitting in her corner office as the director of Capilano University’s Bosa Centre for Film and Animation, Doreen Manuel is at the peak of her career as a filmmaker and educator.

Her astonishing new documentary, Unceded Chiefs—telling the story of a united Indigenous resis­tance to Prime Minister Pierre Trudeau’s infamous 1969 white paper—is about to be screened at the Vancouver International Women in Film Festival. The film lays out how this document proposed to eliminate Indigenous people’s ability to make any claims for rights or lands in relation to Aboriginal title and how chiefs from across the province, led by Manuel’s father, George, successfully fought back.

In her office, the director described Trudeau as “incredibly racist” yet “incredibly intelligent”.

“He just lived by willful blindness because he had an agenda,” Manuel told the Georgia Straight. “So when I saw my dad take people on like that, today I have no problem taking anybody on—and keeping myself informed so that I can have those conversations. Because it’s only through educating people that we are going to make the changes, which is why I work at a university.”

As these historic events were unfolding, Manuel was nine years old, being tortured, in her words, in a Port Alberni residential school.

She had been placed there because her mom was ill and her father, a legendary First Nations leader, was too busy crisscrossing the province, sometimes stopping in three towns in a day, to rally Indigenous communities to thwart Trudeau’s goal.

It was a titanic political fight because treaties in B.C. only existed in the northeastern part of the province and on Vancouver Island, meaning most of the mainland was unceded.

“We didn’t have any rights at all back then,” Manuel, who is of Secwepemc and Ktunaxa heritage, said. “Then look at the progression of what’s happened in my lifetime.” 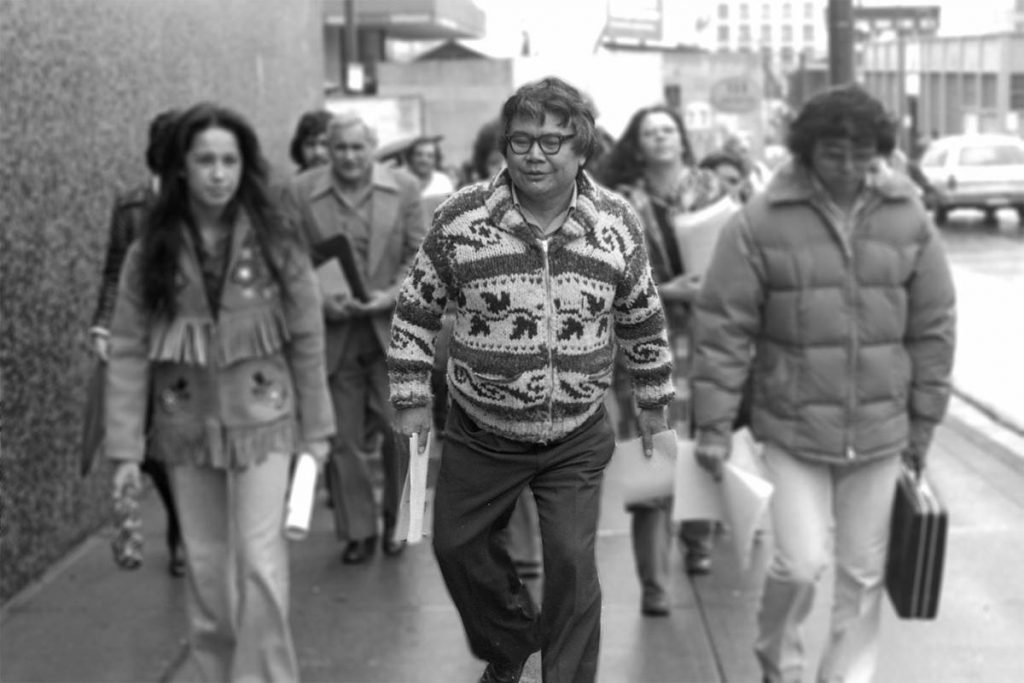 Chief George Manuel was a visionary leader who played a key role in bringing other chiefs together to oppose a powerful prime minister.

Her film shows how her dad’s efforts led to the birth of the Union of B.C. Indian Chiefs, which is today leading the fight against the Trans Mountain pipeline expansion.

Unceded Chiefs also features never-before-broadcast clips of Harold Cardinal, then the president of the Indian Association of Alberta, who drafted the “Red Paper” to counter Trudeau’s efforts to assimilate Indigenous people into the mainstream.

Manuel joined the wave of 1970s actions by young Indigenous people, including her late brothers, Arthur and Robert, to assert Indigenous rights. There were massive rallies in Vancouver, roadblocks, and takeovers of Department of Indian Affairs offices. She also protested the extradition of Native American leader Leonard Peltier to the United States on murder charges following a 1975 shootout involving FBI agents on the Pine Ridge Indian Reservation.

“Arthur had actually started before me, and I saw him as a great teacher,” Manuel said. “Dad didn’t really want me to go down that road. He wanted me to become a lawyer.”

Her mother, Marceline, was working at the Department of Indian Affairs during one of those office takeovers. She joined the rebels.

There’s a scene in Unceded Chiefs in which Marceline blows the whistle at a public gathering of Indigenous leaders. She reveals how a lot of the staff there were making the then-princely sum of $1,000 a month, smoking and drinking coffee in the office and gossiping about their dogs.

A few years later, when her brother Robert was chief of the Neskonlith band, he contacted their father to ask for advice on how to deal with the Department of Indian Affairs underfunding their community.

According to Manuel, her brother said he was watching people go hungry. Manuel herself witnessed the devastating poverty and experienced some of it herself.

“Dad said, ‘Send their money back. Reject their funding. The hell with them.’ Dad came up with what might sound like crazy concepts,” Manuel recalled. “And Bob said, ‘That’s a good idea.’ So he did that.”

Manuel said that for several months, the Neskonlith people didn’t accept any money from Ottawa, choosing self-sufficiency by going on hunting parties, planting seeds in every garden, and paying everyone’s B.C. Hydro bills by selling hay.

“We survived like that for months and we were so happy,” she recalled. “There was no alcohol on our reserve. We cleaned right up and we became incredible warriors.”

Watch a trailer for Unceded Chiefs.

Several family members, including Doreen, are champions of Indigenous sovereignty. By the late 1970s, after beating back the white paper, George Manuel was organizing Indigenous peoples on four continents, describing them as the “Fourth World”.

In 1977, he proposed an international declaration to uphold and protect their rights, which later evolved into the United Nations Declaration on the Rights of Indigenous Peoples.

In the early 1980s, he led the Constitution Express, which was a national movement chartering two trains from Vancouver to take about 1,000 people to Ottawa to protest the failure of Trudeau and the premiers to include Aboriginal rights in the Canadian Constitution.

Manuel remembers seeing a TV clip of an Indigenous woman saying she had used up all of her old-age-pension money to join the Constitution Express, telling a broadcast crew: “I cashed it. That’s what I got with me, and a bag of dry meat and bannock, and I’m using all my money up because George Manuel said if I don’t, there won’t be any rights for our children and grandchildren. I’m doing this for them.”

Eventually, the first ministers buckled under the pressure, ensuring that the Constitution Act of 1982 recognized and affirmed existing Aboriginal and treaty rights.

It was a landmark event in the advancement of First Nations rights. These rights were defined in subsequent Supreme Court of Canada decisions, including the 1997 Delgamuukw case, which confirmed that Aboriginal title was not extinguished when B.C. joined Confederation in 1871. 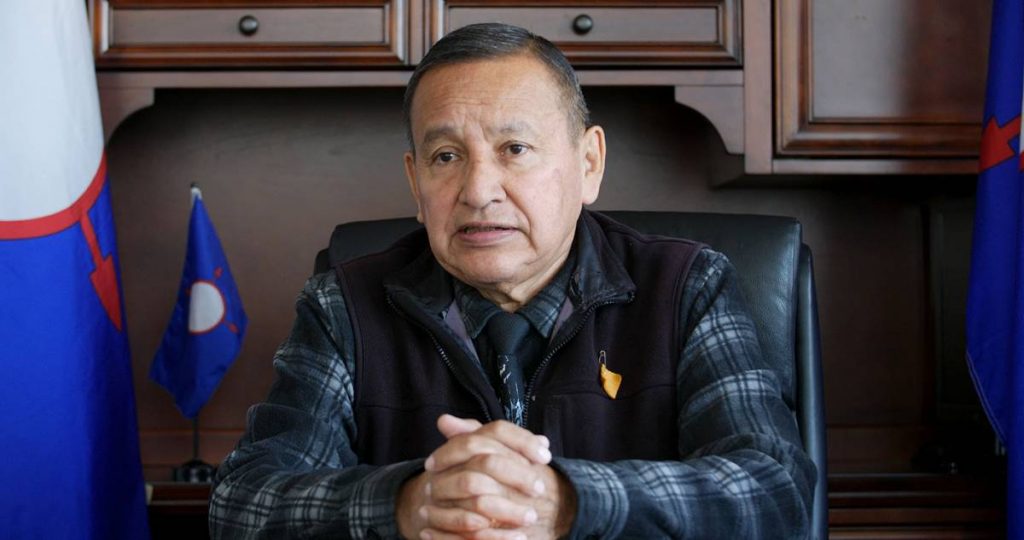 Grand Chief Stewart Phillip has become one of the leading voices of resistance to the Trans Mountain pipeline project.

According to Manuel, some Canadians are not only poorly informed about history, they’re not even willing to see things from Indigenous people’s perspective. She’s especially troubled that there’s still so little awareness of the Doctrine of Discovery, which has been used to legitimize the colonization of Indigenous peoples and the theft of their lands.

“They have no clue of what the Doctrine of Discovery is and how all other laws are stacked on top of it—and how unfair the foundational laws in Canada are,” Manuel said.

In the 15th century, even before the genocidal Christopher Columbus arrived in the “New World”, papal bulls called for the vanquishing, subjugation, and enslavement of non-Christian peoples. For centuries, settlers operated on the premise that nobody owned the land before they arrived to claim it.

Her film counters this notion, revealing the spirited fight and sacrifices made by many visionary chiefs in the late 1960s to protect the rights of future generations of Indigenous children. 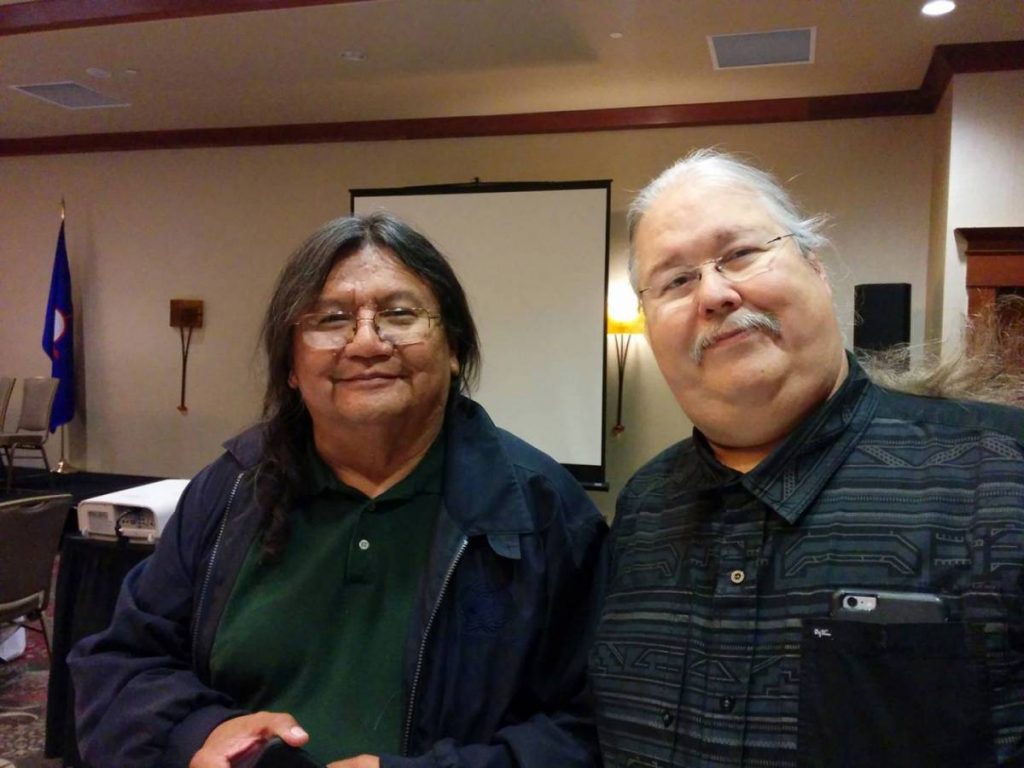 Two of the leading thinkers on Indigenous sovereignty—Arthur Manuel and Russell Diabo—appear in Unceded Chiefs.

There’s a telling clip in the film from her cerebral brother, Arthur, explaining the systemic impoverishment of Indigenous people.

“Colonization has three major elements: dispossession, dependency, and oppression,” he says. “The non-Native people in this country enjoy 99.8 percent of our land—and I tell Indigenous people, that’s why you’re poor.

“You’re poor simply because you get generally 0.2 percent of a loonie and the province and federal government basically share 99.8 percent,” he continues. “And that’s wrong.”

Arthur Manuel, a leading First Nations intellectual, didn’t live long enough to see the recent wave of solidarity actions on behalf of Wet’suwet’en hereditary chiefs. But his sister, Doreen, told the Straight that she’s feeling a great sense of pride seeing so many young people get involved.

“They’re no different than when I was a youth in the ’70s,” she said. “I saw how unfair things were. It compelled me to be there… I’m blown away at how it’s risen all the way across Canada.”

She added that these efforts are also being noticed by Indigenous peoples throughout the world.

Unceded Chiefs will be shown on Saturday (March 7) at the Vancity Theatre as part of the Vancouver International Women in Film Festival. 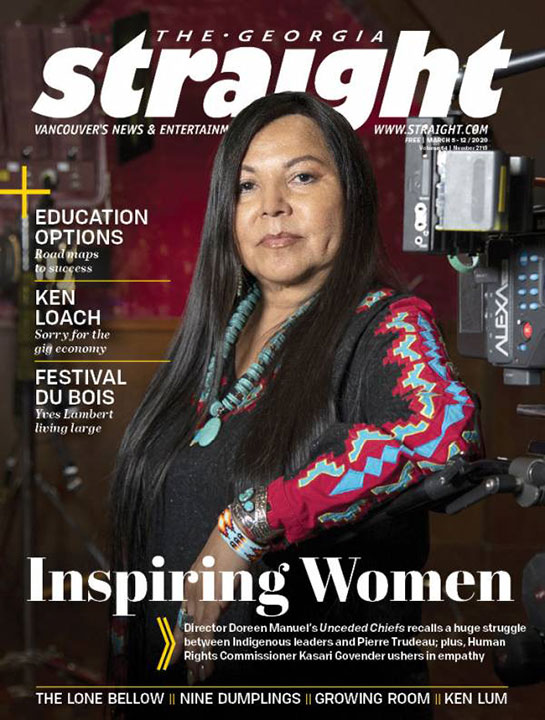